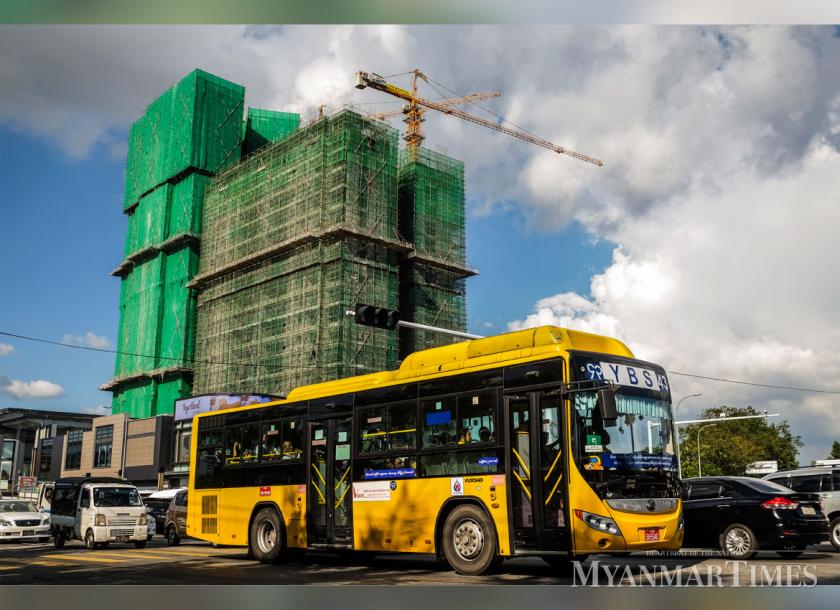 The Myanmar economy is projected to grow by 6.6 percent in 2020, according to the World Bank, a tad higher than its 6.5pc projection for this year.

According to the annual World Bank East Asia and Pacific Economic Update, growth in 2020 will be driven by investments in the manufacturing, insurance and construction sectors and supported by market reforms.

Following an economic slowdown from 6.8pc in 2018 to 6.5pc in 2019 amid slack in services sector and high inflation, “growth is expected to pick up gradually in the medium term,” the report said.

Policy reform measures like liberalisation of the insurance industry, visa-free policy for more foreign countries, tax amnesty scheme to mobilise hidden capital, among others, are expected to bear fruit.

However, the economy remains exposed to persistent downside risks, including natural disasters that still pose a huge uncertainly to the agriculture-dominated economy. According to the ASEAN information centre, Myanmar experienced three floods and one storm in the first nine months of 2019.

Meanwhile, the impact of inflation and recently increased electricity tariffs to the general public remains to be monitored, while the ripple effect of the unresolved Rakhine crisis and persistent conflict drags on, the World Bank said.

U Soe Win, Minister of Planning and Finance, conceded that the country’s economic development may not be satisfactory, but said the government has “managed to stabilise our financial sector to some extent by making our monetary and fiscal policy transmissions effective as much as possible with limited financial instruments we have at hand.”

Foreign investors remain cautious. Myanmar’s approved foreign direct investment has been in steady decline since the 2015, from $9.5 billion, to $5.6 billion in 2018, with a slim chance to recover this year.

The ongoing US-China trade war impacted the country less than favourably, though many businesses have previously urged the government to take advantage of the opportunities from the rift, such as taking measures to attract international manufacturers to move their factories to Myanmar.