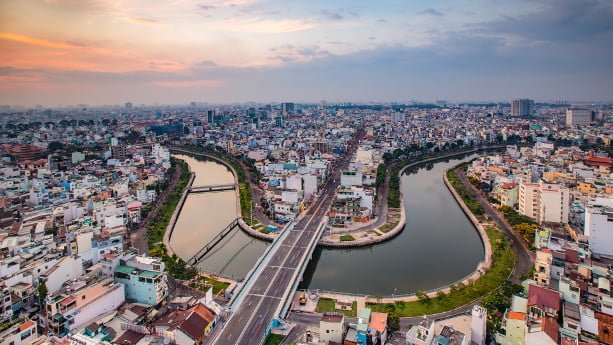 Vietnam opened up to foreign property investors as late as 2015 and has experienced a fast growth since. Buyers from Hong Kong, Mainland China, Singapore, and Korea in particular, see Vietnam as a lucrative market with high ROIs.

Yet, if you plan to buy property in Vietnam, you must understand the current market climate and what you can expect in the coming years. In this article, I explain how the market has performed and what my predictions are for Vietnam’s property market in 2020.

In this article, we review the following:

How has Vietnam’s real estate market performed in the past years?

Vietnam has emerged as a thriving and fast-growing real estate market in Southeast Asia. Suffering from a housing bust in 2009, the market recovered in 2013 and has seen constant and fast growth.

The main reasons why investors see Vietnam as the number one choice in Asia are:

This quick surge in individual wealth has made property affordable for many Vietnamese people, contributing to an increase of new developments and a boost in property prices.

According to a report from the World Bank, 70% of Vietnam’s population is considered economically secure. This is a rise of 20% since 2011.

Besides, around 1.5 million Vietnamese people join the global middle-class every year. This quick rise in a country with 95 million population will inevitably increase the demand for real estate in the coming years.

These laws made it easier for foreigners to buy property as:

The changes in laws also made it possible for 4 million overseas Vietnamese to buy an unlimited number of properties.

As mentioned, Vietnam’s economy is one of the fastest-growing in the world, which has positively affected the real estate market.

Bigger cities and coastal cities like Ho Chi Minh City, Da Nang, and Hanoi have benefited the most of these changes and the fast development, and will continue to do so for years to come.

Besides, the average price for high-end property rose as much as 52.9% to USD 4,569 per square meter. The great increase of prime real estate prices in the central area is mainly due to the launch of new luxury projects and scarcity of land.

In 2019, we also saw a decrease in new projects due to the lengthened construction approval processes, which is a result of the government’s tightened control of new developments.

As a result of this, many investors have started to look for quality units in the secondary market as well.

In the coming years, District 2 and District 9 will become increasingly interesting as the city mainly expands to the east. Most of the new office supply will be allocated to these districts until 2025.

The Real Estate Market in Hanoi

Hanoi gets more attention and mainly due to escalating real estate prices and a limited supply in Ho Chi Minh.

The amount of foreign direct investments (FDI) is high. Having said that, the supply of new properties has been low throughout 2019 and the price increases far beyond those of Ho Chi Minh.

Even if the average sales price of apartments is USD 1,417 and almost 30% lower than that of Ho Chi Minh, the year-on-year price growth has been “modest” at 6.9%.

Compare that to Ho Chi Minh which saw a year-on-year price growth of 21.6%.

Many new projects will be built in the Western areas of Hanoi (Yen Hoa and Trung Hoa) as the central areas become crowded and the government plans to relocate offices.

How will Vietnam’s real estate market perform in 2020?

Even if we’ve seen tightened lending policies and a reduced supply of property in Ho Chi Minh and Hanoi in 2019, the market is predicted to perform well in 2020.

Foreign investors still flock to Vietnam and many of the projects that were put on hold in 2019 will resume in 2020.

We will see more developments of residential property for low-income earners in 2020 as most developers have focused on building projects in the medium to prime segment throughout 2018 and 2019.

Even if residential real estate prices have increased much in the past years, Ho Chi Minh, Hanoi, and Da Nang still have prices that are lower than places like Bangkok, Manila, Kuala Lumpur, Singapore, and Hong Kong.

The industrial and commercial property markets stand out as multinational companies relocate operations to Vietnam, due to its strong growth and the ongoing trade war between China and the US.

What will drive Vietnam’s real estate market in 2020 and beyond?

Below I’ve listed some of the main reasons why the Vietnam real estate market will most likely continue to grow in the coming years.

Vietnam has outperformed most of its neighbors and the economic growth hovers at around 7%. Even if the economy has decelerated recently, the World Bank estimates an economic growth of an impressive 6.5% in 2020 to 2021.

The current unemployment rate is the lowest in a decade as well, averaging at less than 2%.

Not to neglect, 1.5 to 2 million Vietnamese people join the global middle-class every year, according to The Boston Consulting Group, Vietnam will double its middle- and affluent class by 2020. This contributes to a stronger demand for real estate, as proved by the increase of home loans in 2017 and 2018.

A report by RNCOS points out a deficiency of housing in Vietnam with 70% of the population not living in their own homes. The report claims that Vietnam needs 20 million housing units to meet the demand.

There’s currently a high demand for affordable houses and the demand is outpacing the supply in the low-end market. On the other hand, the high-end market has a slightly higher supply-to-demand, as most developers focus on high-end projects only.

Vietnam has one of the most preferable demographics in the region with a population of around 95 million where 50% are aged below 35. At the same time, the population grows steadily and will reach 120 million until 2050.

Countries like Japan, on the other hand, faces problems with a declining population that might be halved until 2100.

Only 17% of Vietnam’s population lives in Hanoi and Ho Chi Minh, but people quickly urbanize from rural areas and smaller cities.

Having the fastest urbanization rate in ASEAN, Vietnam’s real estate market will continue to grow in the long-term.

Vietnam attracts many foreign investors, which is not strange, as the average house prices are significantly lower compared to Hong Kong, Korea, Japan, Singapore, and major cities in Mainland China.

For example, a luxury apartment in a prime location in HCMC costs around USD 5,000 per square meter, while the same apartment can cost four times more in Singapore and Hong Kong.

You’ll also notice the sharp increase of expats. There are currently 7-8 times more expats compared to 2008 where most come from China (31%), followed by South Korea, Taiwan, and Japan.

The tourism industry thrives in Vietnam, but is not as developed and mature compared to Thailand, for example.

Vietnam is set to compete with countries like the Philippines and Thailand, and still have plenty of room for growth. Coastal cities are the primary destinations as Vietnam has a shoreline spanning almost 3,260 kilometers.

In the past years, Vietnam’s government has invested much money in infrastructure, especially in coastal cities like Nha Trang, Mui Ne, Ho Tram, Quang Nam, Phu Quoc, and Danang.

Improved infrastructure and a rapid increase of tourists and retirees have made these places more lucrative for investments in second homes and vacation homes.

Where should I buy property in Vietnam?

All the major cities have seen steady price increases in the past years.

Ho Chi Minh City is the best performer as it serves as the commercial hub, but coastal cities like Da Nang and Nha Trang quickly turn into popular destinations. These cities have beautiful nature, beaches, and more relaxed atmosphere.

Hanoi also gets more attention as the capital receives much foreign investment and offers high yields, at the same time as prices are lower compared to Ho Chi Minh.

Many government offices and foreign embassies are located here, but you’ll also find many manufacturing companies that set up operations in Hanoi and surrounding cities.

Vietnam’s residential property market will continue to grow in 2020 most likely. The increased demand for property from domestic buyers that urbanize and get higher disposable incomes is the main driver. That said, Vietnam continues to be the preferred location among foreign investors in Southeast Asia.

With a population of 95 million where 50% are aged below 35. The country also faces a deficit of housing unit, creating a bigger demand for low-end as well as high-end residential units.

As more international developers enter the market, we’ll see an increased supply, along with an increased demand. The record-breaking increase of foreign tourists, as well as an increase in FDI and new office space, will fuel the increase of commercial property.

With that said, Vietnam is still one of the most interesting countries to buy real estate in Asia in 2020.